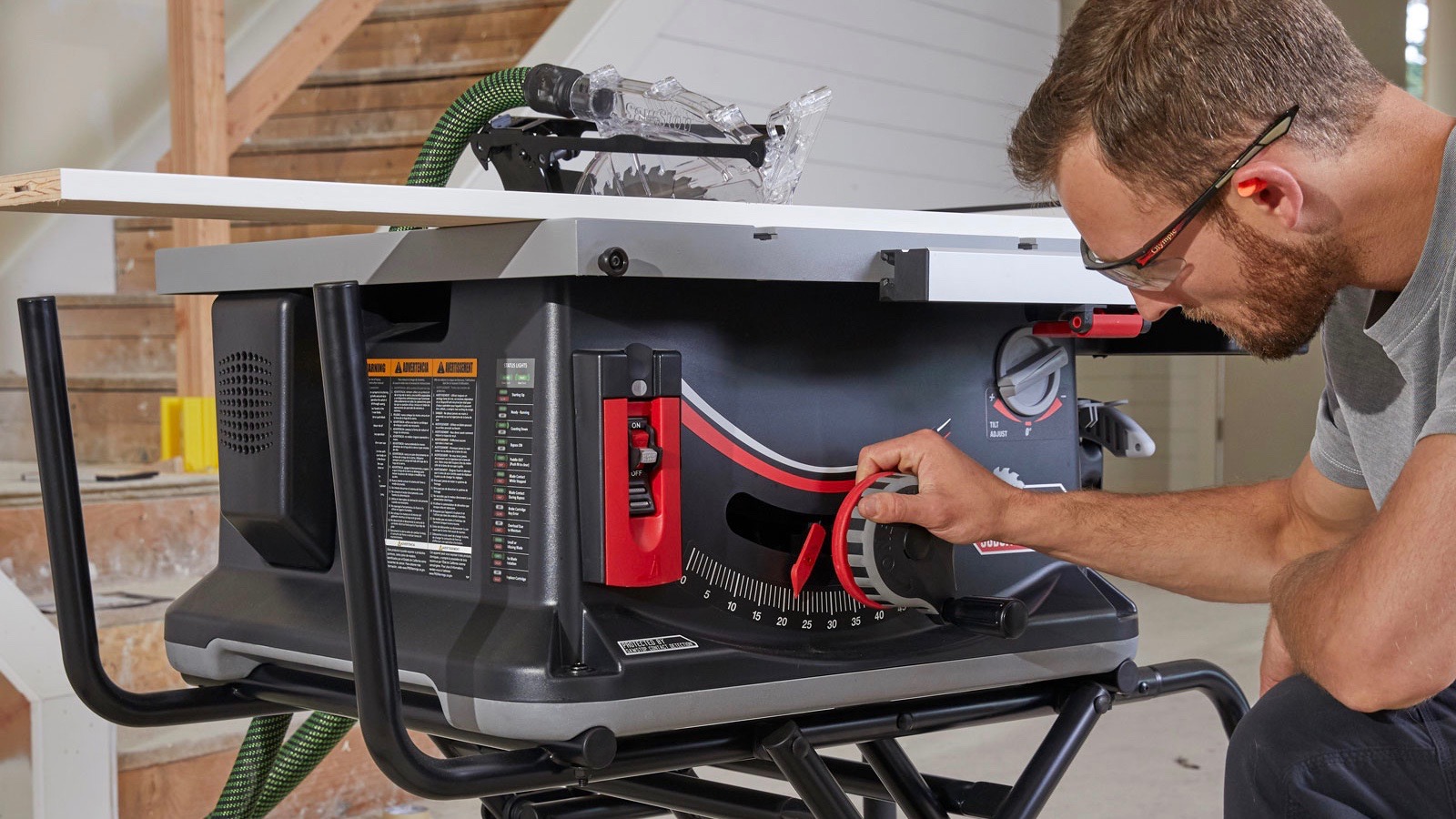 6 Benefits of the SawStop Jobsite Saw

SawStop cabinet saws have earned their reputation as the safest table saws on the market since the first SawStop was sold in 2004.  The innovative technology that can stop the spinning teeth of a table saw blade in milliseconds was recognized by TIME as one of the Best New Inventions of 2006.

Weighing in at only 108 pounds—with the included mobile cart—this SawStop is a far cry from the 530-685 pounds of the Industrial Cabinet Saw model.  Even a fenceless Contractor variation of the saw tips the scales at 225 pounds—more than double the weight of the SawStop Jobsite Saw. Without its cart, this saw is a sprightly 79 pounds of mobile machinery.  SawStop quality and reliability are finally light enough to come along with you, wherever you go.

The wheeled cart makes transport simple as it also doubles as a sturdy stand that holds the saw rock-steady at an effective worksite height.  It’s hard to understate the impressive feat of packing all that SawStop quality into such a mobile setup. In use, the SawStop Jobsite Saw retains the solid, heavy-duty feel that made the other SawStop models famous.

3. SawStop’s legendary precision comes with it.

The SawStop Jobsite Saw can precisely (and conveniently) raise and lower its blade with a single turn of the crank—not 25 turns, like some other brands.  The precision tilt system allows you to quickly and easily adjust the blade one degree at a time, with an additional “micro-adjust” system to fine-tune it to your exact requirements.

4. The fence and table are super stable.

The T-glide fence features ErgoLock technology that holds it firmly and accurately in place (after you slide it smoothly to the desired position).  Even in the face of powerful kickbacks, the SawStop Jobsite Saw holds your work in place on the table. The patented micro-guard features increased visibility and less interference than the guards on other saws but protects you when the wood is suddenly knocked back at you at high speeds.  And if you need to, one flip of a lever can switch the guard over to a riving knife.

5. It’s backed by a long history of glowing testimonials.

Major, reputable sources have put their authority behind SawStop’s revolutionary technology and given it their stamp of approval.  Perhaps the foremost among them was the day that Ann Brown, Chairman of the U.S. Consumer Product Safety Commission (CPSC) awarded the Chairman’s Commendation to SawStop “for developing innovative safety technology for power saws intended to prevent finger amputations and other serious injuries.”

Last—but certainly not least—is SawStop’s patented blade-termination system.  Whenever any skin contacts the blade, the brake will stop it completely within milliseconds while the recoil pulls it under the table, away from further harm.

This technology is based on the saw’s ability to detect subtle changes in the electrical signal within the blade when it touches the conductive human body.  The owners of SawStop and many advocacy groups hope that someday, all table saws will require this life-saving technology.  Until that day, you’ve got the SawStop Jobsite Saw for your mobile table saw needs.